Welcome to St. Petersburg, the former capital of Imperial Russia, a stunning place of bridges and bridges, one of the most charming and romantic cities in the world.

Founded in 1703 by Tsar Peter the Great, St. Petersburg remains the most European city in Russia and Russia’s cultural capital. The architectural look of the city was created while St. Petersburg was the capital of the Russian Empire. First named St. Petersburg in honor of St. Peter, guardian of the gates of Heaven, the city on Neva river changed its name three times in the XX century. This tour gives you a great opportunity to explore Peter the Great’s creation and trace its history back more than 300 years. 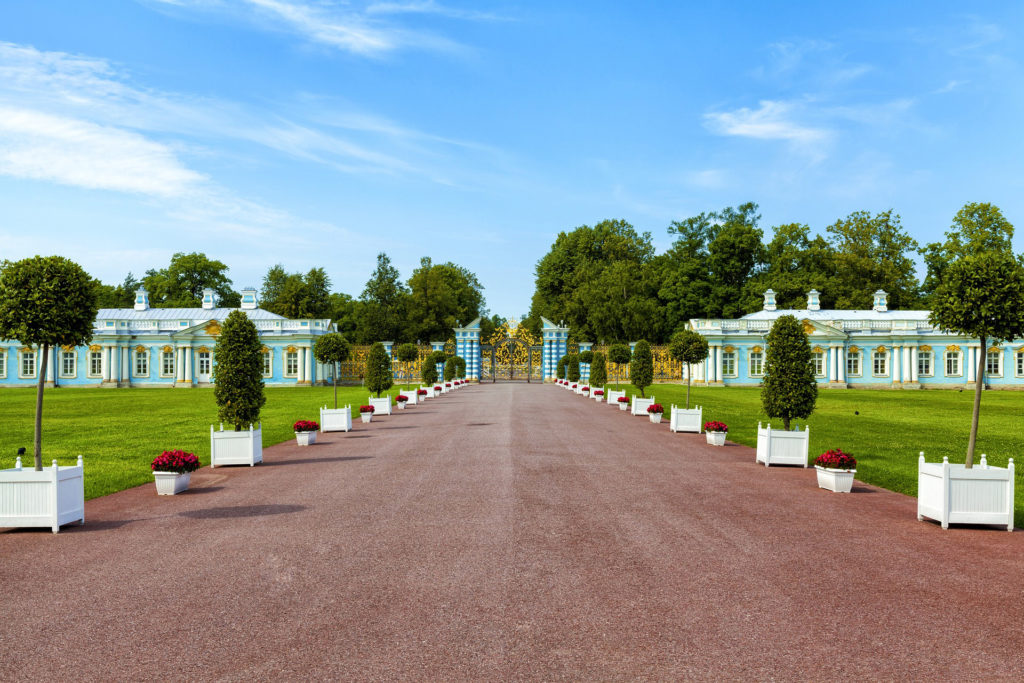 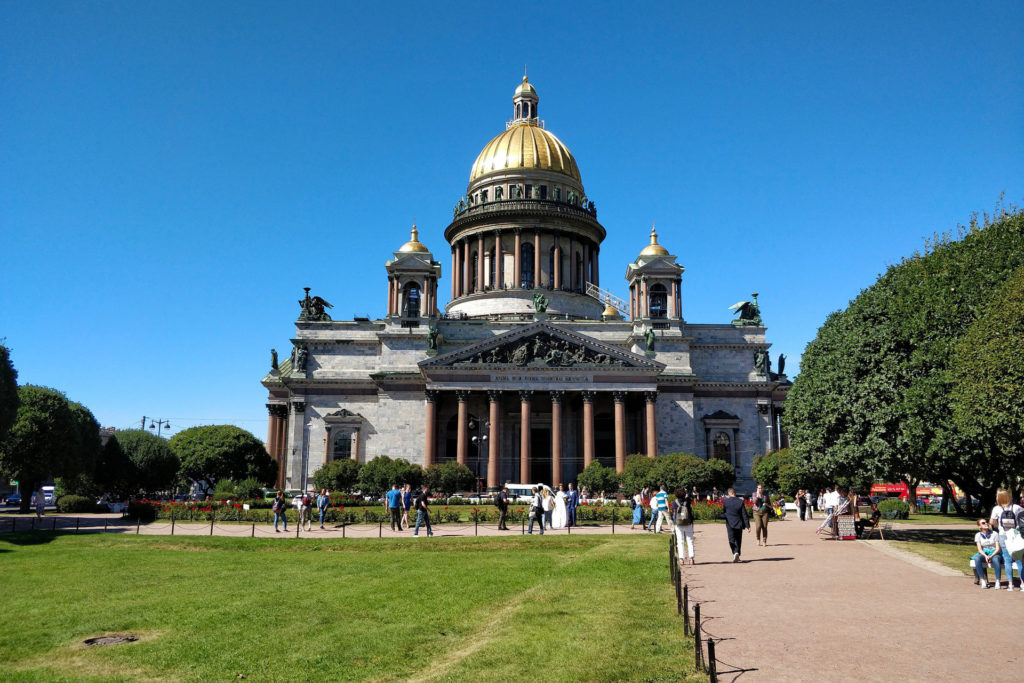 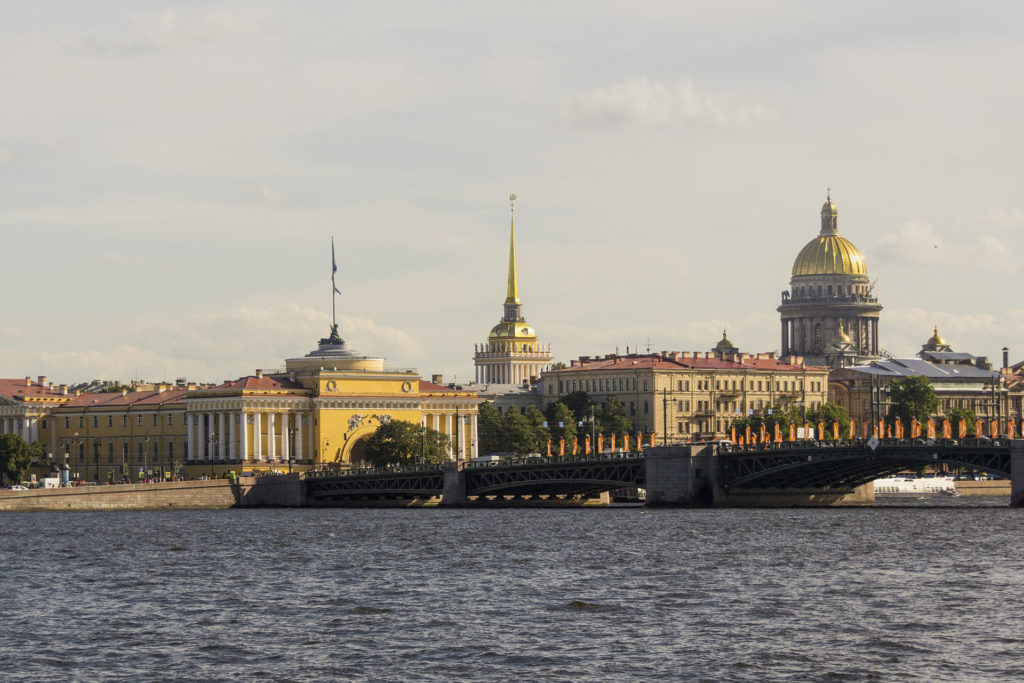 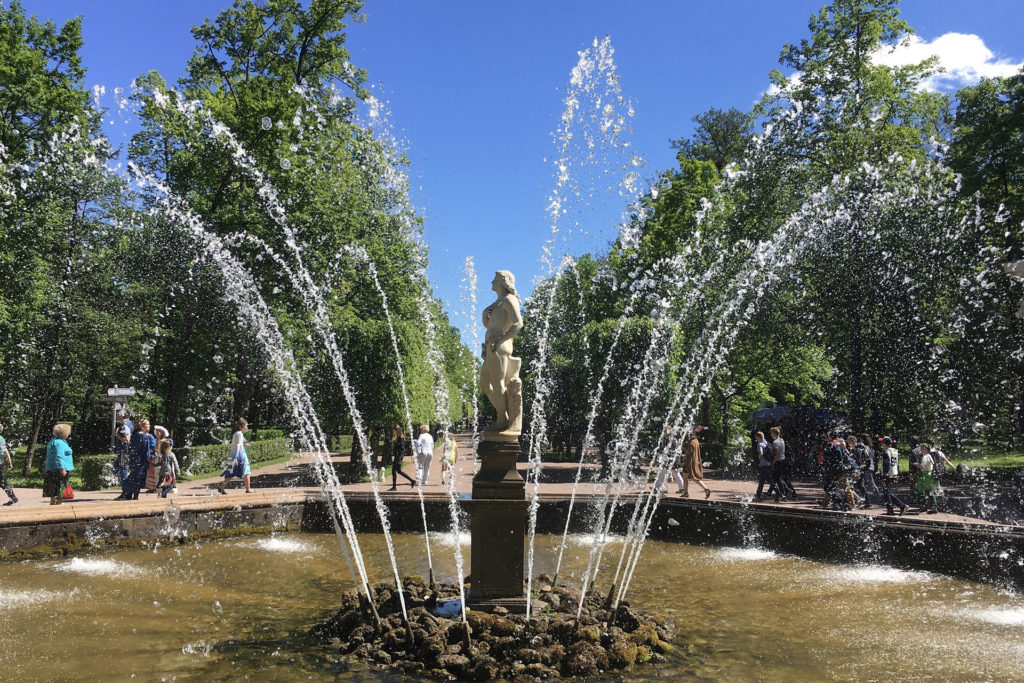 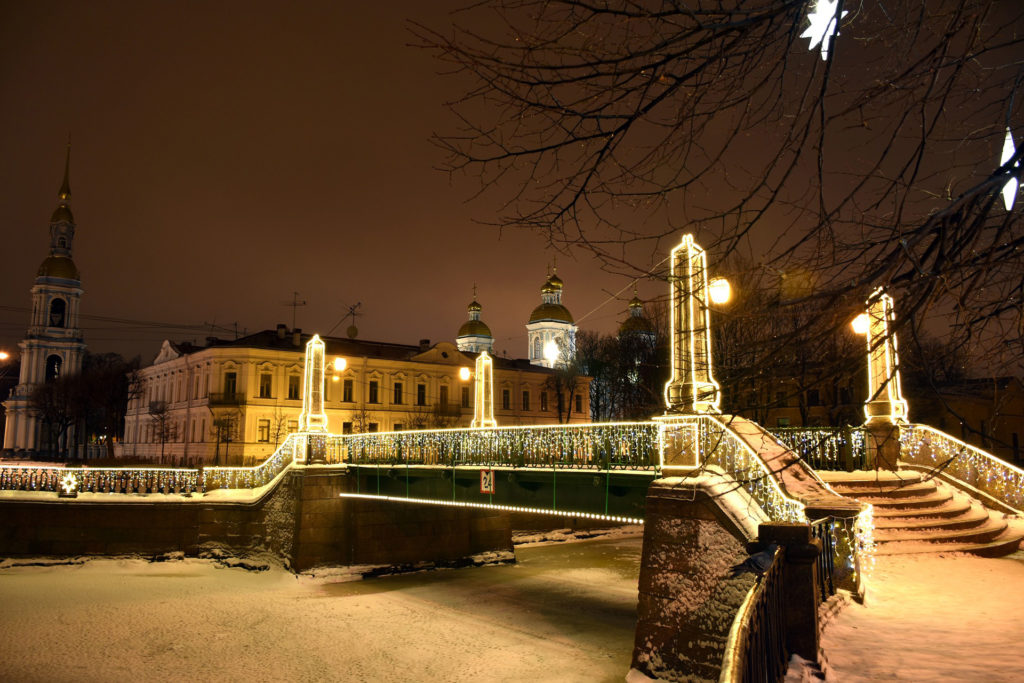 The heart of the Northern Capital, the Palace Square is one of the most magnificent architectural ensembles in the world. The centre of the Palace Square is dominated by the Alexander Column. It is topped with a statue of an angel holding a cross and is held in place under its own weight. The real jewel of the Palace Square is the Winter Palace, the official residence of the Russian Emperors from 1732 to 1917. This majestic pale green and white building takes up 9 hectares of land and contains about fifteen hundred rooms.

Peter and Paul Fortress was founded on the small Zayachy Island during the Northern War in 1703. The Fortress has a shape of hexagon and consists of six bastions, two ravelins and crownworks along the bastions. It has never served as a defensive fortification but instead it has had a rich history as a military base, a home of government departments, the main political prison and the burial ground of the Russian Imperial family.

The Bronze Horseman, an impressive equestrian statue of Peter the Great, stands in the centre of Senate Square. The monument was built by order of the Empress Catherine the Great as a tribute to her famous predecessor on the Russian throne, Peter the Great. According to a 19th century legend, enemy forces will never take St. Petersburg while the “Bronze Horseman” stands in the middle of the city. During the Second World War the statue was not taken down but was protected with sandbags and a wooden shelter. In that way, the monument survived the 900-day Siege of Leningrad completely untouched.

The construction of the royal residence started in the 1710 and lasted for over 10 years. The entire palace complex of Tsarskoe Selo includes the Catherine Palace, the Catherine park, the Alexander Palace, the Alexander park and over 100 architectural elements: pavilions, monuments, bridges and other structures. The park features a myriad of pavilions and buildings of great architectural and historical value. On the territory of the Catherine Park there are several museums, such as Turkish Bath, the Grotto, the Creaky Arbor and the Concert Hall.

1764 is considered as the date of the foundation of the Hermitage. At that time the Empress Catherine the Great purchased a large collection of foreign artists’ masterpieces. She founded a small museum, where she used to spend many hours in seclusion. She called it Hermitage (the French word ‘Ermitage’ means ‘a place of solitude’). Today the Hermitage museum located in several connected buildings in the city center, near the Neva River. Their halls contain museum displays with a total number of exhibits of over three million.

Peterhof was constructed in accordance with the wish of Peter the Great to create a summer residence which would be as luxurious as the French palace of Versailles. The first fountains were launched in 1721, during Peter the Great rule. In 1735 the Samson fountain appeared. Later, the great architect F. Rastrelli created his famous statuary. The Higher and Lower Grottos constructed in 1720 in accordance with the idea of Peter the Great make up the centre of the fountain complex. The Grottos amaze with their domes, decorated with marble and gold-plated sculptures. In the Lower Grotto you can see display about fountain masters of the past.

Today you will discover the architectural beauties of the city, including major sites as Palace Square, St. Isaac’s Cathedral, and the Cathedral of The Spilled Blood. We will visit the main street of the city, Nevsky prospect, which stretches for about 4,5 km from Admiralty to the Alexander Nevsky Lavra. Moving along the Nevsky prospect we approach one of the most magnificent architectural ensembles in the world, the Palace Square. Having visited the Palace Square, we will continue our tour to the St.Isaaac’s Cathedral, the fourth largest cathedral in the world. From the viewing platform on the Cathedral’s dome you can see a stunning panorama of St. Petersburg and take photos. After visiting the St. Isaac’s Cathedral, we are heading to the Senate Square. In the centre of the Senate Square the Bronze Horseman, monument dedicated to Peter the Great, is installed as a symbol of strength and power of Peter’s personality and his role in the Russian history. We are leaving the Senate square and going to the Vasilyevsky island to see the famous ensemble of the Spit of Vasilyevsky Island and the best views of the city and Smolny Cathedral.

From here we will drive to the bastions of Peter and Paul Fortress, the birthplace of St. Petersburg. It is intimately linked to both the history of the city and to the Romanov dynasty, as it is home to the graves of nearly all the rulers of Russia since Peter the Great. The Peter and Paul Cathedral located inside the Fortress is the first and oldest landmark in St. Petersburg and an architectural dominant of the historical centre of the city.

Lunch at the restaurant.

After lunch we will continue our tour to Tsarskoye Selo, a royal estate constructed for Empress Elisabeth. The gem of the park ensemble is the Catherine’s Palace, which is considered the longest palace in the world. This spectacular baroque palace is one of the best F. Rastrelli’s creations, surrounded by a beautiful park with monuments and sculptures by Italian masters. The Great Hall, ceremonial chambers including the world-famous Amber room astound with their luxurious decoration. The Amber Room, famous masterpiece of the 18-century art, was created by German craftsmen and gifted to Peter the Great. For many years, the Amber Room impressed with its splendor and received the title of the eighth wonder of the world, but during WWII it disappeared without a trace. In 2003 The Amber Room was fully recreated and is currently available for viewing in the Catherine Palace.

After exploring the palace take a scenic walk around the Catherine Park that covers an area of 107 hectares and consists of a regular old garden and the English landscape park separated by a Great pond. All plantings and constructions are arranged in symmetrical patterns; trees and shrubs trimmed into decorative shapes.

We will return to St. Petersburg. The evening is free with many optional excursions available.

Today you start your day taking a comprehensive, guided of the world-renowned Hermitage Museum. The main museum building is fabulously pale green and white Winter Palace, which was the residence of Russian emperors until 1917. Apart from the Winter Palace, you will be amazed by visiting some more museum’s buildings like the Menshikov Palace, the General Staff Building, the New and Old Hermitage and the Small Hermitage during your St. Petersburg tour. Over three million exhibits are housed in the State Hermitage Museum complex buildings. Here you see the royal apartments of the Winter Palace, the Malachite Room and the famous of world art that focuses on European painting from the middle ages to the 20th century, including Da Vinci, Rembrandt, Picasso, Renoir.

Lunch at the restaurant.

We take a hydrofoil boat called Meteor from Admiralteyskaya embankment to Peterhof, Peter the Great’s summer palace, best known for its outstanding series of golden fountains that reach from the palace down the hill to the Baltic Sea. As early as in August 1723 the opening ceremony of Peterhof took place, and by that time the Lower Park had been laid out, the Sea Channel had been dug, some of the fountains were functional, the upper premises had been finished, and the Monplaisir and Marly Palaces had been built as well.

The Peterhof complex consists of two parts – the Upper Garden and the Lower Park. The sights of the Lower Park, the area of which exceeds 112 hectares, are often placed on the photos and postcards, depicting Peterhof. That is marvelous ensemble with its architectural landmarks, fountains and sculptural adornments that brought international fame to the museum-preserve. The most famous of the palaces and halls in the Lower Park are the Monplaisir Palace (the first building in Peterhof and Peter the Great’s favourite one), the Hermitage Hall, the Imperial Yachts Museum, the Bath Block and the Marly Palace.

The Upper Garden was lain out in the first years of the construction of Peter’s residence and for a long time it remained a kitchen garden: vegetables grew in patches, fish were farmed in three ponds that served as reservoirs for the fountain system. Later the Upper Garden acquired the appearance of a regular park, and fountains began to appear in it. Fascinatingly beautiful fountains are in the Upper Garden: the Mezheumny Fountain, the Dubovy Fountain, and the Neptune Fountain with the Apollo Cascade.

Coming along the Great Cascade we see the central Samson Fountain – an allegory of the victory in the Great Northern War. Twin Bowl Fountains are in the right and left of the fountain. Those fountains are called French (the Eastern fountain) and Italian (the Western one). The Bowl Fountains fortify the composition of the gigantic water column of the Samson Fountain. Let us go back along the Birch Alley to the Grand Cascade and once again enjoy the magnificence and beauty of the ensemble.

Our tour in Peterhof is over, and we are going back to St. Petersburg.